Oral dissolving films (ODF) is a new oral solid immediate-release dosage form that has been increasingly widely used abroad in recent years. It appeared in the late 1970s. After development, it has gradually evolved from a simple portal health care product. The development has expanded to the fields of health care products, personal care products and drugs, and has attracted wide interest and attention due to its advantages that other dosage forms do not have. It is becoming an increasingly important membrane dosage drug delivery system, especially suitable for swallowing difficult patients and drugs with more severe first pass effects.

Due to the unique dosage form advantage of oral dissolving films, it has good application prospects. As a new dosage form that can replace orally disintegrating tablets, many large companies have a keen interest in this, to extend the patent period of certain drugs through dosage form conversion is a hot research topic at present.

No need to drink water, easy to use. Generally, the product is designed to be the size of a stamp, which can be quickly dissolved on the tongue and swallowed with normal swallowing movements; rapid administration and rapid onset of effect; compared with the nasal mucosal route, the oral mucosal route is less likely to cause mucosal damage, and its repair Strong function; cavity mucosal administration can be locally adjusted according to the tissue permeability to facilitate emergency removal; the drug is evenly distributed in the film-forming material, the content is accurate, and the stability and strength are good. It is especially suitable for children's preparations that are currently in short supply in China. It can easily solve the medication problems of children and patients and improve the compliance of children and elderly patients. Therefore, many pharmaceutical companies combine their existing liquid preparations, capsules, tablets and oral cavity The disintegrating tablet product is converted into an oral quick-dissolving film to extend the product life cycle.

The oral cavity can absorb mucosa with limited space. Generally, the oral membrane is small in volume and the drug loading is not large (usually 30-60mg). Only some highly active drugs can be selected; the main drug needs to be taste-masked, and the taste stimulus of the drug affects the Pathway compliance; involuntary saliva secretion and swallowing affect the effectiveness of the oral mucosa pathway; not all substances can pass through the oral mucosa, and their absorption is affected by fat solubility; dissociation degree, molecular weight, etc.; need to be used under certain conditions Absorption accelerator; during the film forming process, the material is heated or the solvent evaporates, it is easy to foam, and it is easy to fall off during the cutting process, and it is easy to break during the cutting process; the film is thin, light, small, and easy to absorb moisture. Therefore, the requirements for packaging are relatively high, which should not only be convenient to use, but also ensure the quality of medicines.

Oral dissolving film preparations marketed abroad
According to statistics, the situation of marketed film formulations so far is roughly as follows. FDA has approved 82 marketed film formulations (including different manufacturers and specifications), and Japan PMDA approved 17 drugs (including different manufacturers and specifications), etc., although compared to traditional solid formulations There is still a big gap, but the advantages and characteristics of the film formulation will play an important role in subsequent drug development.
In 2004, the global sales of oral film technology in the OTC and health care products market was US$25 million, which rose to US$500 million in 2007, US$2 billion in 2010, and US$13 billion in 2015.
Current status of domestic development and application of oral dissolving film preparations
No mouth-melting film products have been approved for marketing in China, and they are all in the state of research. The manufacturers and varieties that have been approved for clinical and registration applications in the review stage are as follows:
The domestic manufacturers that declare the largest number of oral dissolving agents are Qilu (7 varieties), Hengrui (4 varieties), Shanghai Modern Pharmaceutical (4 varieties), and Sichuan Baili Pharmaceutical (4 varieties).
The most domestic application for oral dissolving agent is ondansetron oral dissolving agent (4 declarations), olanzapine, risperidone, montelukast, and voglibose each have 2 declarations.
At present, the market share of oral membranes (excluding breath freshening products) is mainly concentrated in the North American market. With the in-depth and development of various researches on oral instant membranes, and the promotion of such products in Europe and Asia, I believe this One dosage form has certain commercial potential in medicines, health products and cosmeceuticals.

Instant film packaging equipment
Due to the emergence and application of the new dosage form of oral dissolving films, its packaging form and packaging equipment also need to be further developed. There is a large market vacancy and the prospect is optimistic. Our company's Qirui instant film packaging equipment has a first-mover advantage in this market. The following are suggestions for the company's development and consolidation of advantages for reference.
The company’s existing packaging machine has been developed for many years, with mature technology and relatively stable equipment, but its single model and fixed structure cannot meet the diverse needs of the market. The expandable structure of the current packaging machine can meet the needs of customers' optional accessories, such as optical inspection, inkjet printer, electrostatic and other devices. Optimize the station structure to make it easy to replace and adjust, like the finished product traction station, there is a problem of difficulty in adjustment during work. In addition, new structures can also be developed to meet different materials, different speed requirements, and specific collocations. In the cutting of materials and finished products, die cutting, rolling cutting, etc. can be developed; in material conveying, in addition to the existing reciprocating type, other methods such as rotary type can also be developed to improve the efficiency of the equipment.
In addition to extending the product's horizontal expansion, it also needs to develop in the vertical product depth. Develop low-end, low-cost and high-end packaging machines on the basis of existing models to meet the needs of different markets at different levels.
In terms of packaging form, the existing aluminum film packaging bags only contain one or more overlapping packaging, which has the hidden danger of sticking together. It can be developed to package multiple pieces separately to reduce the size of the packaging bag, etc.
In short, in the promising oral dissolving films packaging machine market, the company still has a lot of improvement and development work to be done, and there is a long way to go in developing the market.
Share：
Previous Tablet wet granulation process
Next Development Of Oral Disintegrating Film In China
Back to list 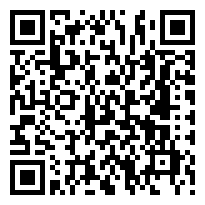