18/01/2021 Industry News
Orally disintegrating tablets (ODT) are a new type of oral dosage form. It uses microcapsules to encapsulate the drug, and then adds mannitol, sorbitol and other easily soluble excipients to make an oral drug delivery system. This type of preparation can disintegrate quickly in the oral cavity under anhydrous conditions (or with only a small amount of water), and enter the digestive tract with the swallowing action, without mucosal absorption in the oral cavity, and the absorption and metabolism process in the body is the same as that of ordinary tablets. Compared with ordinary preparations, ODT has the advantages of convenient taking, fast absorption, high bioavailability, and less irritation to the mucous membrane of the digestive tract. It has attracted wide attention.

Oral tablet
With the extension of the average life span of human beings and the decline of swallowing ability with age, the way of oral tablet administration has become a concern of people. It is estimated that about 50% of people have difficulty swallowing tablets and capsules, which affects the compliance of medication. In the field of pediatrics and geriatric medicine, there is a great demand for solid preparations that can be dissolved or suspended in water, chewable or quickly dissolve in the mouth, and oral fast-dispersing preparations that can be quickly dispersed or dissolved without water and swallowing are needed. Can solve this problem. This dosage form can be quickly dispersed or dissolved in saliva after being put in the mouth. The drug can be absorbed through the mucous membrane in the oral cavity or esophagus. The bioavailability is higher than that of ordinary preparations, and the side effects caused by first-pass metabolism can also be reduced.

1998
In 1998, the definition of instant tablets appeared in publications for the first time. After the "European Pharmacopoeia" began to use this term and defined it as a "tablet that dissolves quickly before swallowing after being placed in the mouth", the importance of fast-dissolving tablets has been further strengthened, and its advantages have been increasingly influenced by the pharmaceutical industry. And academic attention. Quick-dissolving tablets, also known as fast-dispersing preparations, have more advantages than other dosage forms that can improve patient compliance, such as effervescent tablets, suspensions, chewing gums, and chewable tablets. For example, effervescent tablets and suspensions need additional treatment before taking; elderly people have difficulty in chewing and the tablet stays in the mouth for a longer time. When there are bitter drugs in the preparation, the bitter taste of the chewable tablet will greatly increase . Gamma-ray scintillation scanning technology research shows that the residence time of intraoral instant tablets in the mouth and stomach and the time to pass through the esophagus are equivalent to ordinary tablets, capsules and liquid preparations. The absorption rate of acetaminophen instant tablets is higher than that of ordinary tablets, but the bioavailability is the same. The bioavailability and patient compliance of garcinol and spironolactone instant tablets have been improved.

Development of instant tablets
The biggest challenge in developing fast-dissolving tablets is that the physical properties and disintegration properties of the tablets must be good. The Italian company Eurand developed the Ziple ts technology, which can be applied to water-insoluble drugs. Studies have found that after adding an appropriate amount of water-insoluble inorganic excipients and effervescent agents, instant tablets can have both good physical properties and disintegration properties even when the compression force and tablet hardness are low. Water-insoluble inorganic excipients can improve the disintegration properties of tablets more than commonly used water-soluble sugars or salts. This is because the dissolution tendency of a tablet mainly composed of water-soluble substances is greater than that of disintegration. When the water-soluble components in the outer layer of the tablet dissolve, a viscous solution is formed, and the rate of water diffusion to the core of the tablet is reduced. Lead to prolonged disintegration time. At present, neither the U.S. Pharmacopoeia nor the European Pharmacopoeia makes special provisions for the disintegration test of fast-dissolving tablets. The disintegration evaluation methods of fast-dissolving tablets can only refer to the test methods of dispersible tablets and effervescent tablets. The test method of dispersible tablets can only roughly reflect the actual disintegration time of the instant tablets in the mouth. Only in the stability test of the same series of preparations and individual preparations, the disintegration test shows a good correlation with the in vivo test data. The same series of preparations means that the composition of the preparation is the same, and the difference in the dosage of the ingredients will not significantly affect the general characteristics of the tablet.


Taking method
Orally disintegrating tablet refers to a tablet that does not require water or a small amount of water, and does not require chewing. The tablet is placed on the tongue and disintegrates or collapses quickly in saliva. After swallowing, the drug can enter the stomach and take effect.
characteristic
Oral rapid disintegrating tablets can dissolve quickly in saliva within a few seconds, or disintegrate quickly in the oral cavity. This novel formulation is most suitable for cancer patients, children, elderly, bedridden and severely disabled patients.


Source of this article: Baidu Encyclopedia
Share：
Previous Friendship between Bangladesh and China
Next The development of Bletilla striata polysaccharides preparations
Back to list 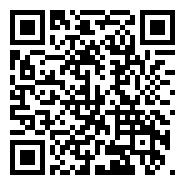